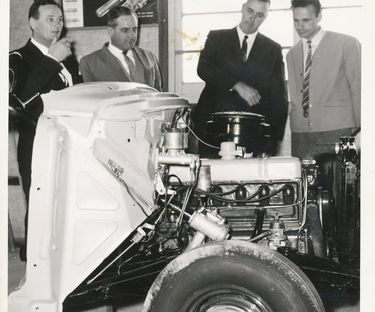 Share this article
The first and last vehicles built by Holden in Australia will lead a major commemoration of the Elizabeth car plant’s history on Sunday 15 October.

The first and last vehicles built by Holden in Australia will lead a major commemoration of the Elizabeth car plant’s history on Sunday 15 October.

The Holden Dream Cruise will feature a street parade through Elizabeth and past the soon-to-close Holden vehicle operations plant on Philip Highway, followed by a family fun day at Central District Football Club with entertainment and a show ‘n’ shine.

Owners of vehicle models made or assembled by Holden in Australia, such as the FJ, EH, HD, Kingswood, Torana, Monaro, Sandman, Commodore and the Holden Ute, can register to participate in the Dream Cruise.

“The Holden Dream Cruise is not just for owners of classic Holden cars made in Australia but for the wider community,” said Richard Phillips, Holden Australia and Asia manufacturing director.

“Holden is aware that we are building the last Australian-made vehicles of all automotive brands. We want to hold an event that recognises the large community of people who care about the brand and its manufacturing heritage.”

City of Playford Mayor Glenn Docherty said the Dream Cruise is an opportune moment to look to Elizabeth’s future, as well as its past.

^ A slide show of historic Holden photos. Photos: City of Playford“The Dream Cruise is a celebration of Holden and all it has contributed to the Playford community, but it also allows us to look to the future and the steps being taken to grow the community in changing times,” Mayor Docherty said.

“The CBD of the North project at Playford Civic Centre is a bold and decisive development that will provide jobs and opportunities in Playford through the attraction of a mixture of commercial, retail and food businesses.

“While the Dream Cruise marks the passing of Holden in Playford, it doesn’t signify the end of the northern suburbs as an economic driver of South Australia – we are a community and we will go on.”