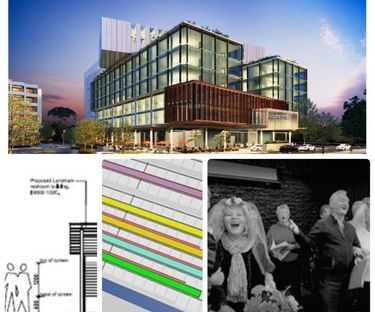 Here’s an update on just some of what’s happening in the Playford community.

A total of 230 hospitality and management jobs will be created through a $50m hotel development project being built in Playford’s CBD.

The Council-preferred concept, recently announced, is for a seven-storey hotel to be built on Playford Boulevard on the southern side of Prince George Plaza.

The announcement of the preferred hotel location opens the door for planning to begin on the design and construction of a new Grenville Community Connections Hub, a centre for Playford’s over 50s to socialise and learn, at the top end of Prince George Plaza. The hotel complements the recently announced Playford Arena. New location for Grenville

The proposal to build the luxury hotel on the south side of Prince George Plaza has provided an opportunity to build the new Grenville Community Connections Hub at the top of Windsor Green, next to the Playford Civic Centre.

Not only is there room for the Grenville Community Connections Hub, but also a community garden.

The two-storey New Grenville will have approximately 40% more floor area than the existing facility and the location will provide easy access to the Playford Civic Centre, library facilities and other amenities. Jo Gapper Park upgradeContinual improvement of facilities and community amenities is an ongoing part of Council’s business-as-usual program.

At Jo Gapper Park, Hillbank, new toilet facilities are being installed to improve the park for visitors.

Services to the site have been completed and a pre-fabricated kit building will be delivered to the site in early April.

Local builders will be used to erect the building, which is expected to be operational by May. Read: The City of Playford's Annual Business Plan. Keeping progress on track

The City of Playford is rolling out an ambitious program of projects across its Northern CBD, Sports and Health Precincts and other activities. Behind the scenes of our big projects, Council has implemented a rigorous Project Management Framework designed to set clear milestones, implement best practice, establish clear roles and responsibilities, monitor performance, and to schedule and manage all project activities from concept to completion.

This approach helps us build prosperity for Playford’s future generations on firm foundations. Click on the banner to learn more about SA's Next Great City.