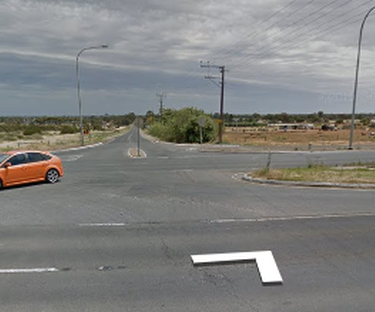 Share this article
An upgrade to the dangerous Dalkeith Road intersection at Kudla will start within the next 12 months, having been fast-tracked by the State Government.

An upgrade to the dangerous Dalkeith Road intersection at Kudla will start within the next 12 months, having been fast-tracked by the State Government. ^^ The intersection of Main North, Dalkeith and Smith roads are set to get a long-awaited upgrade.City of Playford Mayor Glenn Docherty welcomed the shorter time frame for the upgrade of the Dalkeith and Main North roads intersection, which was announced by the State Road Safety Minister last week.

"This is a very busy intersection, which has received increased usage since the opening of the Northern Expressway in 2010, so I'm very happy to see that it is going to be improved," Mayor Docherty said.

"Well done, to the State Government, for making this happen even sooner than expected. It will be very much appreciated by all road users in this area."

The City of Playford has lobbied the State Government for a number of years for this intersection to be upgraded.

Speaking in the Legislative Council on Thursday, State Road Safety Minister Peter Malinauskas announced that works on the intersection would start as quickly as possible.

The minister was responding to queries about the intersection, which forms the boundary of Playford and Gawler councils, from fellow Legislative Council Member John Dawkins.

Mr Malinauskas said the work is to be brought forward by one year.

"The government intends to have those works under way within the next 12 months," he said.

"The finalisation of exactly what works will be done is a process that is currently under way, but the government remains committed to its now publicly announced target."

Mr Dawkins said he was "very pleased to hear it (the works commencement) is 12 months rather than two years".