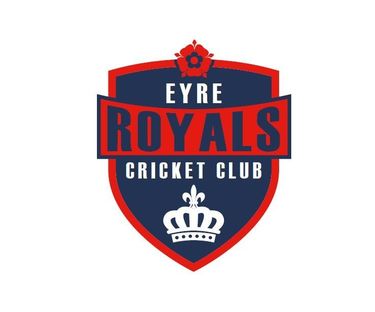 Share this article
A new home means a new name and a different type of buzz for a City of Playford-based cricket club.

A new home means a new name and a different type of buzz for a City of Playford-based cricket club. With the Rose & Crown Cricket Club moving to Eyre Sports Park later this year, members decided it was time for a fresh start, unveiling its new name and logo at the club’s trophy presentation on Saturday.Formed in 1990/91, the club’s recent playing base has been at Ridley Reserve but it is moving to the $5.5 million Eyre Sports Park, a Penfield facility being built by the City of Playford and AV Jennings. ^^ Work is progressing at Eyre Sports Park, a new home for three Playford sporting clubs. Photos: Tyson Roling President Cameron Mansueto said the Para District Cricket Association club’s heritage has been maintained through the new name, which recognises both the past and the future.“The Royals nickname maintains our connection to the Rose & Crown name, as well as acknowledging the proximity of the RAAF base which is nearby,” Mr Mansueto said.The club’s new logo also features a rose and a crown.Mr Mansueto said the club currently has two senior men’s and two women’s teams, but the move to Eyre Sports Park will allow it to grow.“Moving to the new facility gives us a chance for a fresh start and attract junior players and more senior members, while having a stronger relationship with the local community,” Mr Mansueto said.“The club hasn’t had juniors for 15 or 20 years and it’s something we would like to start up again.”Three ovals and a club room are being built as part of the development, while the cricket club will also have access to three new training nets.The Eyre Royals will be enjoying a different kind of buzz in the future, sharing the new facility with the Central Districts Rugby League Club and the Northern Wolves Soccer Club.The renamed cricket club will be the first to utilise Eyre Sports Park, which is expected to be ready in October, in time for summer.You can find the Eyre Royals on Facebook, with the club’s new page also launched as part of the rebranding.More reading:Sport’s Penfield of dreams