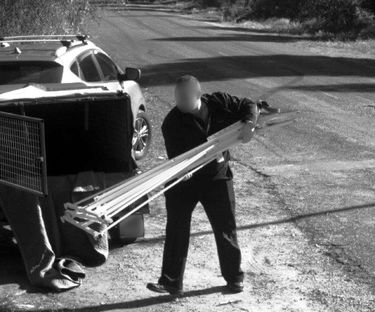 Share this article
This summer the City of Playford will be conducting a blitz on illegal dumping in response to historical data that shows a spike in the number of reported incidents at this time of year.

This summer the City of Playford will be conducting a blitz on illegal dumping in response to historical data that shows a spike in the number of reported incidents at this time of year.

Council has installed extra CCTV cameras and will be actively patrolling streets and rural areas on the hunt for dumpers who cost ratepayers millions of dollars in clean-up costs.

“What’s concerning about this trend is that many of these offenders are not from our region but decide to use our open spaces, reserves and roadsides to ditch their unwanted goods,” City of Playford Mayor Glenn Docherty said.

“February is traditionally the peak time as it coincides with the end of School Holidays and people doing renovations and landscape works,” he said.

Yet many of those unwanted goods such as e-waste, cardboard, steel, plastic, waste oil, car batteries, polystyrene and empty paint tins are FREE to dispose of at NAWMA’s Transfer Station located at 3 Bellchambers Road, Edinburgh North.

Since the Local Nuisance and Litter Control Act was introduced in February, Council has successfully fined seven offenders $1000 each. BUSTED: You can't get away with dumping in Playford

Playford was also the first Council in South Australia to use the Act to successfully prosecute one offender resulting in a criminal conviction, including cost of fines and court fees, leaving him thousands of dollars out of pocket.Figures reveal that Council is starting to win the war on illegal dumpers and will continue to clamp down using latest technology and surveillance.

“We take this this issue very seriously and this year have dramatically increased our efforts particularly in known hotspots in our metro and regional areas,” Mayor Docherty said.

“We encourage our community to be vigilant and use the ‘Dob in a dumper’ app: dobinalitterer.sa.gov.au.”

This summer the message is clear: Don’t dump, we’re watching and you’ll get caught.