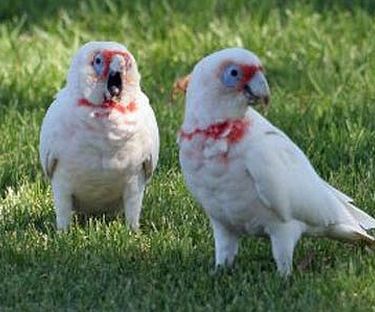 Share this article
The City of Playford Council is launching a campaign to remove the flocks of Little Corella plaguing our community.

The City of Playford Council is launching a campaign to remove the flocks of Little Corella plaguing our community.

There have been a growing number of reports that the large and noisy flocks of birds have been damaging trees, ovals and recreation areas, buildings and infrastructure across the community.

“Our staff have received many complaints about large flocks of Corella in our region and reports of noise and damage costing thousands of dollars,” Mayor Docherty said.

“We have been advised by bird-strike experts that recent weather patterns have created an abundant food supply for Corella to flock to Adelaide and its outlying regions from northern parts of the state.

“Without any intervention we have been warned the birds would stay for longer than normal - meaning months, not weeks.” Assessed and reviewed

The City of Playford has employed contractor AviSure to disperse the flocks from known roosting, loitering and foraging sites, with work starting on Monday, 5 February.

“AviSure use a range of measures, including audio bird-scaring devices and pyrotechnics, within policy guidelines, to disperse the flocks,” Mayor Docherty said.

“This work will take place over the next few weeks and the outcome will be constantly assessed and reviewed.”

Dispersal works will be conducted between 7am onwards and may continue until 10pm.

The use of audible bird-scaring devices will be in line with the Environment Protection (Noise) Policy 2007 and EPS Audible Bird Scaring Devices Environmental Noise guidelines.

Mayor Docherty said Council will continue working with neighbouring Councils and the State Government to develop a co-ordinated approach to managing the problem.

“Long term issues could include creating wedges over waterways, removing food sources and switching off or synchronising watering systems in reserves and parks – particularly at night time,” Mayor Docherty said.

If you have any queries regarding the Corella issue, please contact the City of Playford’s Customer Contact Team (8256 0333). FAQs about the corella management program