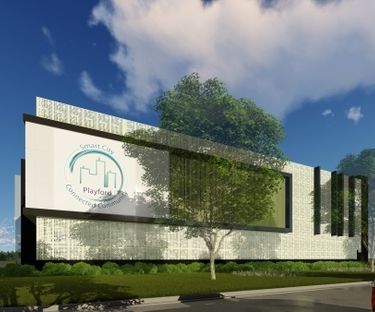 Share this article
Work continues on SA’s Next Great City, with new projects starting and others nearing completion.

Work continues on SA’s Next Great City, with new projects starting and others nearing completion.

With Prince George Plaza complete, work has begun on the next stages of the CBD of the North, including a 360-vehicle multi-storey carpark on the corner of Main North Road and Philip Highway.

Adequate car parking space is a critical factor in progresing the CBD’s proposed hotel, retail ventures, medical hub, government offices and Playford Arena – projects that will greatly increase visitation to the CBD and create the need for additional parking space.

The $7.5M carpark has received $1.5M in State Government funding.

Construction of the Playford Bowling Centre, the largest undercover bowls facility in Australia, is now well advanced, with its shade structure commencing construction this month.

The state-of-the-art bowling surface substructure is now in place, ahead of the March completion target.

Members of the newly formed Playford Bowling Club are excited about moving into the new facility.

The event was enjoyed by more than 1000 spectators, who witnessed 120 players from 27 countries compete in the event.

Local traders reported increased retail activity over the period. Players, officials (some coming all the way from Wimbeldon) and spectators all spoke highly about the Playford International, rating the facility and event organisation as second to none.

The upgrades, delivered under budget, provide 85 additional carparks. For more information about the City of Playford's Next Great City project, click HERE.