Bringing back the Bulldogs' bark 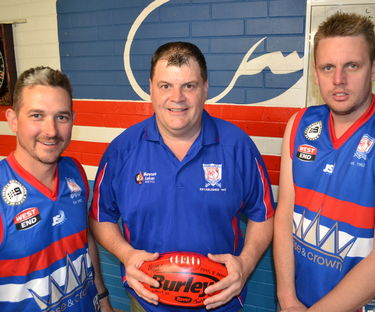 Share this article
How will a returning club favourite revitalise the Central United Football Club? Jamie Jarman's got a plan.

Central United Football Club has a new coach but a familiar face at the helm for the 2017 SAAFL season.

Club life member and 1996 premiership captain Jamie Jarman has returned to lead the division-seven-based Bulldogs after having been on the coaching panel at Hope Valley.

Jarman has a rich history at Central United, with his father, Geoff, a Bulldogs’ legend.

The new coach hopes to harness that history to reinvigorate the Units.

“I think the club under-achieved this year,” Jarman said.

“They had a good list, so it’s about getting all of the Central United Football Club people and kids back to the club.”

To that end, Jarman has hit the ground running and interviewed most of the players from the 2016 season, as well as potential recruits.

“There’s a good crop of young kids coming through and we’re trying to keep them there and bring the club up the grades,” he said.

Jarman, who replaces playing-coach Phil Hall, is confident the likes of James Daly, Aaron Frith and Tom Porter can lead the Units into the future.

The Bulldogs are currently conducting pre-season training sessions at Mofflin Reserve on Wednesdays, from 6:15pm.

Meanwhile, at other Playford-based amateur clubs, Elizabeth has reappointed Dave Rogers as its coach, while Josh Considine will lead Smithfield and Scott McGee remains at Eastern Park.