Brenton’s not Over The Hill 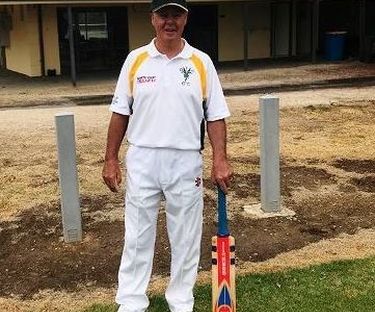 Share this article
Craigmore man Brenton Jarman played his 300th game for the One Tree Hill Cricket Club on Saturday, which is an exceptional feat.

Craigmore man Brenton Jarman played his 300th game for the One Tree Hill Cricket Club on Saturday, which is an exceptional feat.

But what makes it even more amazing is that Jarman came to the club at the age of 36, after extensive playing careers at other local clubs.Nearing 60, Jarman has been heavily involved in northern football and cricket all of his life, making good mates wherever he’s played.“I received ‘Player Life Membership’, alongside my father Trevor (Buddha) Jarman, in 1987 for Salisbury District Cricket Club, which is now Northern Districts Cricket Club,” Jarman said.“I have coached Elizabeth Districts and Penfield cricket clubs, played football for Central United and umpired amateur league and Adelaide Plains football as well.”During his time at One Tree Hill, Jarman has coached and served on the club’s committee and was named a Life Member in 2014.He has also played in seven premierships for the Billiegoats.On Saturday, One Tree Hill’s Para District LO2 team celebrated Jarman’s 300-game milestone with a win, defeating Eyre Royals by eight wickets.Set 167 for victory, the Billiegoats did it with ease, losing just two wickets.Ever the team man, Jarman didn’t bat, letting his team-mates secure an important win as the side heads to the finals.