Book signing: Beeb Birtles reflects on life, music and being in big bands 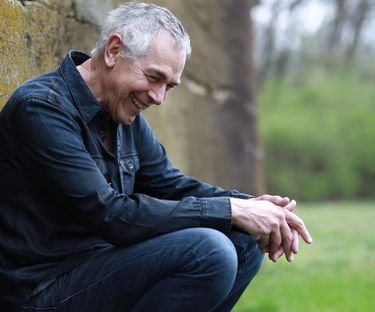 Share this article
Beeb Birtles from the Little River Band, Zoot and Mississippi will be heading to the Playford Library on 21 November to sign copies of his biography ‘Every Day of My Life'.

Beeb Birtles from the Little River Band, Zoot and Mississippi will be heading to the Playford Library on 21 November to sign copies of his biography ‘Every Day of My Life'.

If you grew up in Australia in the late 60s and into the 80s you would have the music of Beeb Birtles. Even now, LRB has paved the way and inspired many Australian rock musicians, reflecting the band’s induction into the ARIA Music Hall of Fame in 2004.

^^ Help is on its way, a Little River Band song from 1977 which rose to the top of the Kent Music Report and number 14 on the Billboard Hot 100 chart. Returning to Australia, and the city he grew up in, Birtles will be promoting and signing his biography ‘Every Day of My Life’ at the Playford Library Civic Centre on Tuesday 21 November, 2.30-3.30PM.When asked about his biography, Birtles said he never really thought about writing a memoir until he performed with Birtles, Shorrock, Goble on the Countdown Spectacular 2 concerts.^^ Birtles Shorrock Goble performance at the Countdown Spectacular 2 concerts “In 2007, when I flew back to the States where I live now…I thought, ‘If I don’t start putting down my thoughts now I will start forgetting things'.

I opened up a Word document and started typing and didn’t stop for the next six months. It all just came pouring out of me,” Birtles said.Struggles and triumphsIn the book ‘Every Day of My Life’, Birtles has laid out the struggles and triumphs of each of the bands he played in as well as his personal life, family and growing up in Adelaide.“In particular (the biography) will have the misunderstanding of how LRB lost the rights to their name and trademark. It’s an inside look at my eight years as a member of LRB. It’s also a window into my personal life, my wonderful years growing up in Adelaide, meeting the love of my life and the birth of my two daughters,” he said. While in Adelaide, Birtles will also be inducted into the SA Music Hall of Fame for his contribution to the Australian music industry. DETAILS:

Beeb Birtles signing ‘Every Day of My Life’