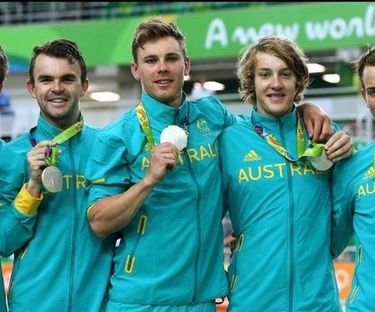 Share this article
Local boy announces retirement just before Tour Down Under.

Local boy announces retirement just before Tour Down Under. #SmartSportsJack Bobridge (second left) with the Australia's silver-medal winning team pursuit riders at this year's Rio Olympics. Source: Twitter Star cyclist Jack Bobridge has announced his retirement from the international scene.A former student at Blakeview Primary School and Craigmore's Hope Christian College, who won silver at this year’s Rio Olympics, Bobridge, 27, announced his retirement this week due to arthritis that has continually plagued his career.Tributes for the four-time world champion came from far and wide. Throughout his career, Bobridge could regularly be seen cycling around Adelaide’s northern areas from his Gawler base, where a bike track is named in his honour.He also won two Olympic silver medals and four Commonwealth Games gold medals.Now based in Western Australia, Bobridge is set to go into the fitness industry.Bobridge's announcement comes just over a month before the commencement of the Tour Down Under, in which he has been a regular feature over the past decade - even winning the opening day in the 2016 edition of the event.The 2017 TDU will be held between 14 and 22 January, with stage one passing through the City of Playford on January 17.The race route will take in Hillbank and One Tree Hill as the riders head towards the Lyndoch finish. The TDU in Playford on January 17 (full point to point plan here):