All eyes on Elizabeth: How the media saw the Holden Dream Cruise 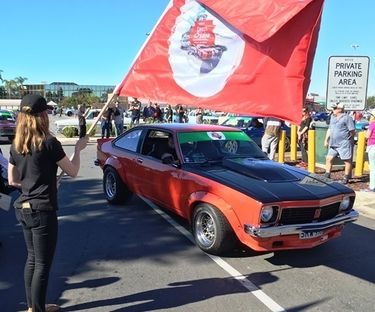 Share this article
The Holden Dream Cruise welcomed not only 25,000 spectators and over 1000 registered cars but also media from across the state and country.

The Holden Dream Cruise welcomed not only 25,000 spectators and over 1000 registered cars but also media from across the state and country.Local and national media joined fans to farewell Holden and recognise the contribution the manufacturer has had for both the Elizabeth area and the state.The presence of motorsport legends and historical Holden figures attracted the attention of local media.

Read: Car-racing legends join Holden’s Adelaide farewell with street parade Holden racing legend, Mark Skaife led the thousand-strong motorcade in a VF SS V Redline while motorsport identity, Bev Brock, waved the starting flag at the farewell event.The event was emotional for spectators and event participants, who reminisced about Holden's role in their lives and in the wider community.

Read: 1000 Holdens Roll Through Adelaide To Mark End Of Australia's Auto Industry But, with the farewell to Holden comes promise for the area's future, which national media focused on.

Read: Holden motorcade ahead of SA plant closure Car enthusiasts from across Australia joined the street parade of old and new Holdens, with over 25,000 spectators lining the streets of Elizabeth.