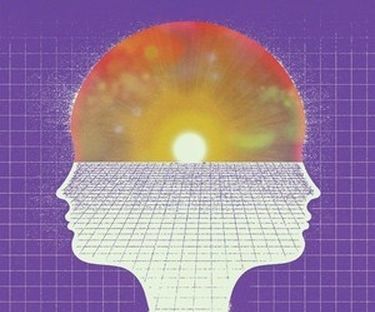 Share this article
&nbsp;&nbsp;DRENCHED in early ‘90s acid dance/pop, this debut album from the pairing of Jarrad Brown and Ryan Grieve is great fun.

DRENCHED in early ‘90s acid dance/pop, this debut album from the pairing of Jarrad Brown and Ryan Grieve is great fun.An Achtung Baby-era U2 guitar-riff buzz-saw haemorrhages through the opening track, Fight for It, and from there it is easy to spot the Primal Scream influence rolling through for that indie dance-rock edge.The prominent horns make it clear that these boys want to be free to do what they wanna do, get loaded and have a good time.The title track, which appears on the album in an Extended Dub Mix, is trippy and the dub riddim ‘screamadelically’ further accentuates its early ‘90s influences.While the musical DNA imprinted in Inside Your Sun is easy to spot, you can also sense the experimental late-career cut-out work that was Sandanista-era Clash.This project sees Brown (of Eagle & The Worm) and Grieves (Canyons) indulge their love of electronic music, resulting in a most definitely danceable album that can’t help but make you smile.Inside Your Sun is a warm and enjoyable place and the live vibe of this production unit would be amazing.A bonus to the CD release is a disc featuring 12 tracks, including some from Inside Your Sun, by Eagle & The Worm entitled Sing Sing Sessions.Also spinning: Billy Talent – Afraid of Heights: A return to form from this punk longstayer, following on from their underwhelming 2012 release, Dead Silence. Louder Than the DJ makes a statement that, although these boys have aged, they still rock. John Williamson – His Favourite Collection: It’s hard not to like John Williamson for his earnestness in delivering the Australian life in song, but a hits collection, A Hell of a Career was only released three years ago. Why another one? This one features 50 tracks on four CDs of Williamson’s favourite songs – just a few more than Career.