A tribute to Elizabeth's favourite photographer 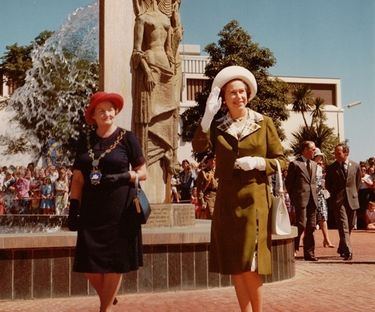 Share this article
Patrick Quigley was the man with the camera who captured Elizabeth through his lens.

Patrick Quigley was the man with the camera who captured Elizabeth through his lens. Sadly, this well-known local passed away in late February.

Migrating to Australia from Nottingham in 1952, Patrick settled in Elizabeth in 1957 and began his photographic business Windsor Studios.During a 59-year career Patrick captured many of the images that have become the essence of Elizabeth and it is estimated he took over 100,000 photographs.If your parents’ or grandparents’ were married in Elizabeth, it is likely Patrick was the man behind the wedding photographs they have on display.And, they were in refined company as Patrick’s camera also captured several of Her Majesty Queen Elizabeth II’s visits to the community named after her.An active community member, Patrick was part of many committees and represented Ward 3 of the Elizabeth Council.The City of Playford’s Australia Day Citizen of the Year in January 2010, Patrick was recognised for his long-time photographic work in the area.Patrick passed away on February 26, having outlived his wife Doris, but his memory will live on in the local community, with his photographic collection donated to the City of Playford and his work prominently displayed at the Elizabeth City Centre.