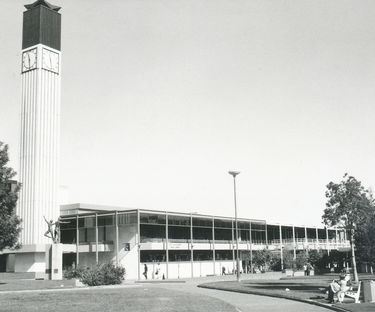 Share this article
Welcome to the second part of 50 Reasons That's Playford's Great.

Welcome to the second part of 50 Reasons That's Playford's Great.In this installment, everything from restaurants, our iconic clock, libraries and walking trails make the grade.What do you think, have we forgotten anything? Let us know. Smart City^ The CBD of the North is taking place in Playford. In 2015 City of Playford announced plans to turn the area into the ‘CBD of the North’ via its Smart City development. Plans include state-of-the-art sports and health precincts, creation of jobs and infrastructure and massive upgrades to the area. December saw a flurry of announcements and updates, including a $35 million sports arena and a $20 million health development, which garnered plenty of media interest.With more developments to be announced, Playford is certainly a place to keep an eye on. Growing communityThe City of Playford is one of the fastest growing communities in South Australia and one of the top 10 in Australia, setting ourselves as an economic powerhouse.The City of Playford has 90,000 residents and is growing at 2.5 per cent annually, with 38.5 per cent of that population aged 24 years and under.A $2.47 billion gross regional product is bankrolled by major industries such as health, defence and horticulture. Dog Parks ^ Twiggy (left) and Kato enjoy getting out to Stebonheath Dog Park.

Playford’s two dog parks now give the WHOLE family a place to get out and have fun. The first park, named Stebonheath, was created at Andrews Farm and has since been followed by a park at Jo Gapper, Hillbank, giving families multiple options to explore with their canine companions. Restaurants galorePlayford is home to restaurants hosting almost every cuisine imaginable. Whether it be Indian, Italian, pub-fare or Asian fusion there is a venue to suit everyone’s needs. Playford is even home to Messenger Award winner of the ‘Best Pub in the North’, the Midway Tavern. Sneaky's Restaurant at Angle Vale is also one of the most popular places to eat in the north. Snowtown filming^ Whilst a horrible reminder of evil, the movie Snowtown was filmed in Playford and featured a number of locals in what was a critically acclaimed production. Every city needs a cinematic claim to fame, right? Well, perhaps, having the movie Snowtown filmed in the streets of Elizabeth and Smithfield is Playford’s. And while it was a hard film to watch, who can forget the classic casting anecdote about producers finding one of their main characters in a supermarket in Davoren Park? Diverse population^ The City of Playford will be hosting its next citizenship ceremony on Australia Day. Playford is home to a diverse population of different ethnicities and religions. With numerous centres and opportunity for learning and cultural understanding, Playford will continue to establish itself as a home for diversity, with 27 per cent of our residents born overseas. The City of Playford hosts citizenship ceremonies throughout the year, with the next one taking place on Australia Day at the Civic Centre. Heaps of activities for kidsIf you were to think the parks and playgrounds already mentioned are the only options for kid-friendly fun in Playford, you’d be sadly mistaken. There are play cafes, bowling alleys, mini golf and much more available throughout the region. It is so easy to find something to fit all interests, budgets and abilities for kids in Playford. The Clock Tower^ Reminiscent of London's Big Ben, Elizabeth's clock tower is a local icon. The Clock Tower is an iconic landmark of Elizabeth that has stood strong since 1970. The now heritage-listed clock tower continues to chime and remind locals of the time. Uley Road Cemetery and ChapelFor those interested in paranormal activity, never fear, as you can find ghostly action in Playford. It is claimed The Uley Road Cemetery and Chapel host ‘ghosts’, with many visitors reporting abnormal experiences. Footsteps, moving shadows, whispers, talking and cries in the dark are just a few of the experiences reported by brave visitors. Salad bowl of the stateAt Virginia, you will find one of South Australia's most culturally diverse communities working in the state's salad bowl. From potato to cucumber, tomato, lettuce and egg plant, you'll find it grown on the Adelaide Plains.

Elizabeth Rugby Union Football Club The oldest sporting club in the area was founded in 1958 and still continues to give local rugby players a home. The club has hosted household names such as Jonah Lomu and Mark Ella as part of its highlight event, Elizabeth Sevens, held every year in September.Stunning vantage pointsIf you haven’t completed the drive up Yorktown Road just to look at the lights of the city, you’re missing out. Other vantage points include the higher sections of Hillbank and One Tree Hill. Playford Christmas Pageant Each year Munno Para Shopping City and its surrounds are transformed into a festive centre for the last Saturday morning of November. The big man himself, Santa, makes an appearance and children have opportunities for photos and other fun family activities. Lizard Rock WalkLizard Rock Walk is one of the more popular walks in the Para Wirra Conservation Park. The walk is an easy loop with picturesque views over Wild Dog Creek Valley and is fantastic for family groups. Food Co-opsPlayford’s food co-ops provide access to affordable and healthy food. For a low membership fee, families can access co-op facilities including meal kits. Co-ops are an integral part of the City of Playford’s commitment to promoting healthy and active lifestyle for its residents. Playford libraries Playford is home to two library branches. One located in the Civic Centre at Elizabeth and the new branch in the Stretton Centre. The library provides mobile and home services for schools and those unable to access the library branches. Both library branches feature safe access to technology, as well as books DVDs and CDs for families and children.And there are plenty of holiday activities to keep your children occupied. Tour Down UnderEach year hundreds of Playford residents line the streets to watch international cycling competitors of the Tour Down Under. This year stage one of the TDU will pass through Playford towards One Tree Hill giving residents the opportunity to watch international competition on a local stage. At One Tree Hill there will be markets and all sorts of festivities as the peloton heads towards the stage finish at Lyndoch. ^ Where you can see the Tour Down Under in Playford on January 17.

Wetlands and stormwater recycling City of Playford’s ‘Waterproofing Playford’ program has created multiple wetlands in the area. The wetlands are integral ecosystems that allow for stormwater recycling. The wetlands are designed as recreational spaces with walking trails and an open-space design, as well as providing the perfect location for local students to learn about freshwater ecosystems. Community spirit^ There is always plenty of community support in Playford after a tragedy. Unfortunately, Playford has not been exempt from tragedy, especially natural disasters, in its long history. Flooding and severe bushfires in recent years may have proved devastating for local property owners and families but also showed the true community spirit present in Playford. The recent Sampson Flat bushfire, as well as the Gawler River floods, had local businesses and residents banding together to prevent volunteers and victims with donations and much-needed assistance. A true testament to the community and mateship present in Playford. Devil’s Nose WalkAnother popular walk in Para Wirra Conservation Park providing breathtaking views of the Barossa, Gawler, South Para Gorge and Misery Farm. The two-hour walk is definitely worth it and take your camera along. Argana Park^ The Elizabeth Football Club, which celebrated its 60th anniversary in 2016, is one of a number of clubs that calls Argana Park home.

For years Argana Park has been a centre for sports including netball, cricket, soccer and Aussie rules – the famous Elizabeth Downs Soccer Club and Elizabeth Football Club are located there.The Elizabeth Netball Association packs the place out regularly, while the highly successful Central Districts Rugby League Club is currently based there.Not only that, the netball courts have proved a crucial training ground for many a Playford kid to go pro on their rollerskates, scooters and skateboards over the years - from January 16, the national speed skating championships will also be held there. Health precinctAs the fastest growing council in South Australia, Playford’s need for a contemporary health precinct is rising each day. Expanding the existing Lyell McEwin Health Precinct with the addition of a cluster of supporting activities will provide the area with a one-stop-shop for health and medical needs. #SmartHealth Christmas lights and carols^ The Playford Community Carols event attracted a record crowd in 2016. At Christmas time Playford becomes a festive centre full of Christmas lights and activities. The annual Playford Community Carols event in Fremont Park is a highlight of the season for many families, with December's event attracting a record crowd. There are also multiple hot spots for some outstanding Christmas lights throughout the area. Royal visits^ Prince William and Princess Kate were recent visitors to Elizabeth. Playford has had several royal visits over the years, which is not surprising that the Elizabeth was named after her Her Majesty Queen Elizabeth II. A 1963 visit by Queen Elizabeth and His Royal Highness Prince Phillip saw 4000 people line the streets, meanwhile in 1983 we did but see Prince Charles and Princess Diana passing by. In 2014 the Duke and Duchess of Cambridge, William and Kate, visited and met 100 young musicians from the Northern Sound System, as well as hundreds of locals who lined up to meet them at the newly named Prince George Plaza. Huge variety of sportsThere are sporting clubs for every interest and age in Playford. Whether it be bowls, baseball, soccer, rugby, Aussie rules, cricket or tennis there is a sporting club to join.